Welcome back to my little series where I’m telling you wonderful lot all about my boyfriend and I’s trip to Thailand back in November 2019, if you haven’t read part one already I’ll link it in this sentence.

I promised myself I wouldn’t ramble on so I’m just gonna get straight into it and hopefully not bore you all to death, so here we go.

After our two night stay in Bangkok we moved on to Chiang Mai, unlike Vietnam where we travelled by buses and trains we decided on this trip we were going to fly to each destination where possible …although it’s a little bit more pricey to fly, it’s honestly the quickest option and saves a lot of upset stomachs.

Let me just say I absolutely loved Chiang Mai and would 100% recommend anyone whose travelling Thailand to stop here, there’s just so much to do and it has some of the most incredible temples I’ve ever seen. There’s said to be over three hundred temples here alone so you’re definitely not going to get around them all but we went to a few on our first day of exploring and they were stunning, I would say make sure you see the Silver Temple, although women arn’t allowed inside, you can still see it’s beauty and detail on the outside and there’s plenty more to see around the area too. Also the Wat Chedi Luang is a must see, the elephant statues that once surrounded it are now limited because of wear and tear but it’s still so beautiful.

On our first night in Chiang Mai Martin and myself had our first real ‘night out’ of the trip, we ended up at a bar called Zoe in Yellow which was just around the corner from our hotel, we had the best time! The atmosphere here was great, there was a DJ, cheap beers and we witnessed people throwing some of the best dance moves we’d ever seen, we even ended up dancing ourselves … so you know we must have been feeling a bit wobbly! I mean Martin did get propositioned by a prostitute when I stepped away to go to the bathroom but aside from that, we had the best night.

Of course it wouldn’t be a Carolanne and Martin trip without Martin having to get his hands on a motorbike so, cue our fist bike rental. Rules are a little different in Thailand when it comes to hiring bikes, unlike some of the other SEA countries you need an international driving licence, the police are likely to pull you over and if you don’t have one they’re taking at least 500 baht off you, per person, thankfully we were organised and brought an international licence with us. One of the places we went to on the bike was to Wat Prathat Doi Suthep, which is by far the most incredible temple I have ever seen in my life! It’s definitely a trek away and up some quite steep roads so having a bike was a must, you can get taxi’s up there too but it’s definitely worth the journey for the temple itself and the views of Chiang Mai.

So, one of the things Chiang Mai is popular for is it’s elephant excursions, we knew for a fact we wanted to book a day where we could hang out and meet some of the majestic creatures but we wanted to make sure we chose the right one. Unfortunately there are some places where the elephants arn’t treated as they should be and we’d heard stories about people crying because of what they had seen on their visit. We knew we didn’t want to go to one where you could ride them, for us it just didn’t feel right so we spent a lot of time looking through leaflets until we found the best one and oh my god, it was probably one of the best days of my life. In our little package we chose a day where you met the elephants, went white water rafting and rode ATV Quad Bikes … I was absolutely not up for the quads but we booked it anyway. Before this I had never seen an elephant in person and now I can say that I’ve fed them, joined them in a mud bath and washed them in a river, it was magical! Oh the place we ended up was Elephant Sanctuary Adventure so the elephants that were there had been rescued and were treat so well, imagine a life where you’re constantly getting fed and bathed … sounds like the dream to me! After the elephants we moved onto white water rafting which again, I was not really up for but after some encouragement from Martin, I did it, I may have started off with my helmet on backwards and then proceeded to have a fit when I was being washed down the river and couldn’t stand up but I DID IT!

*Just a little appreciation section for Martin, he always pushes me to try new things even though I’m adamant I don’t want to do them and nine times out of ten I end up having so much fun so thanks bb.

However the ATV Quads are that one time out of ten where I should have listened to myself because fuck me I hated it … seriously we laugh about it now but at the time I really wanted to be anywhere else. So I had never rode a quad in my life, good start really, anyway in our group of five including the instructor we all did a few practise laps before we would start the adventure, I knew from the get go I wasn’t going to get the hang of it, I kept turning to Martin saying I wanted to get off and then what do you know, I go and crash into a fucking fence post, me being the emotional gal I am starts crying … what a performance, the lovely instructor comes to me and asks if I’m okay and says I can get on the back of Martin’s quad … if I’d have known what was coming I would have just stayed at the reception and waited for everyone to get back. We ended up on some of the bumpiest dirt tracks I’ve ever seen, flying in the air, going down steep hills at such a high speed, honestly Martin says he’s never heard me make some of the noises I did on the back of that quad in our entire four years together, I remember all I kept saying was “I hate this” and “this is this the worst day of my life”, I held on so tight that I took the skin off my knuckles … war wounds! We would stop a few times and the instructor would put his thumbs up to see if I was okay and then he would laugh at me, we did this for over an hour and my god I have never been happier to get back to a place than I was when we returned to the quad site. I’m laughing as I’m writing this because it is really funny looking back but in that moment it really wasn’t, so now of course I get ridiculed left, right and centre as Martin likes to joke around and call me ‘crashy’ … I will never live it down! But all in all, tears and bleeding knuckles aside, it was actually such a fun day and definitely a highlight from our trip.

Right, I’ve done it again, I’m so sorry this post is super long I just get into it and love reminiscing. I think I will leave this here and let you guess take a break from my nonsense. If you’re enjoying these Thailand posts make sure to let me know and leave a comment below 🙂

Things to do – Temples, Elephant Sanctuary, Excursions, Hire a bike, 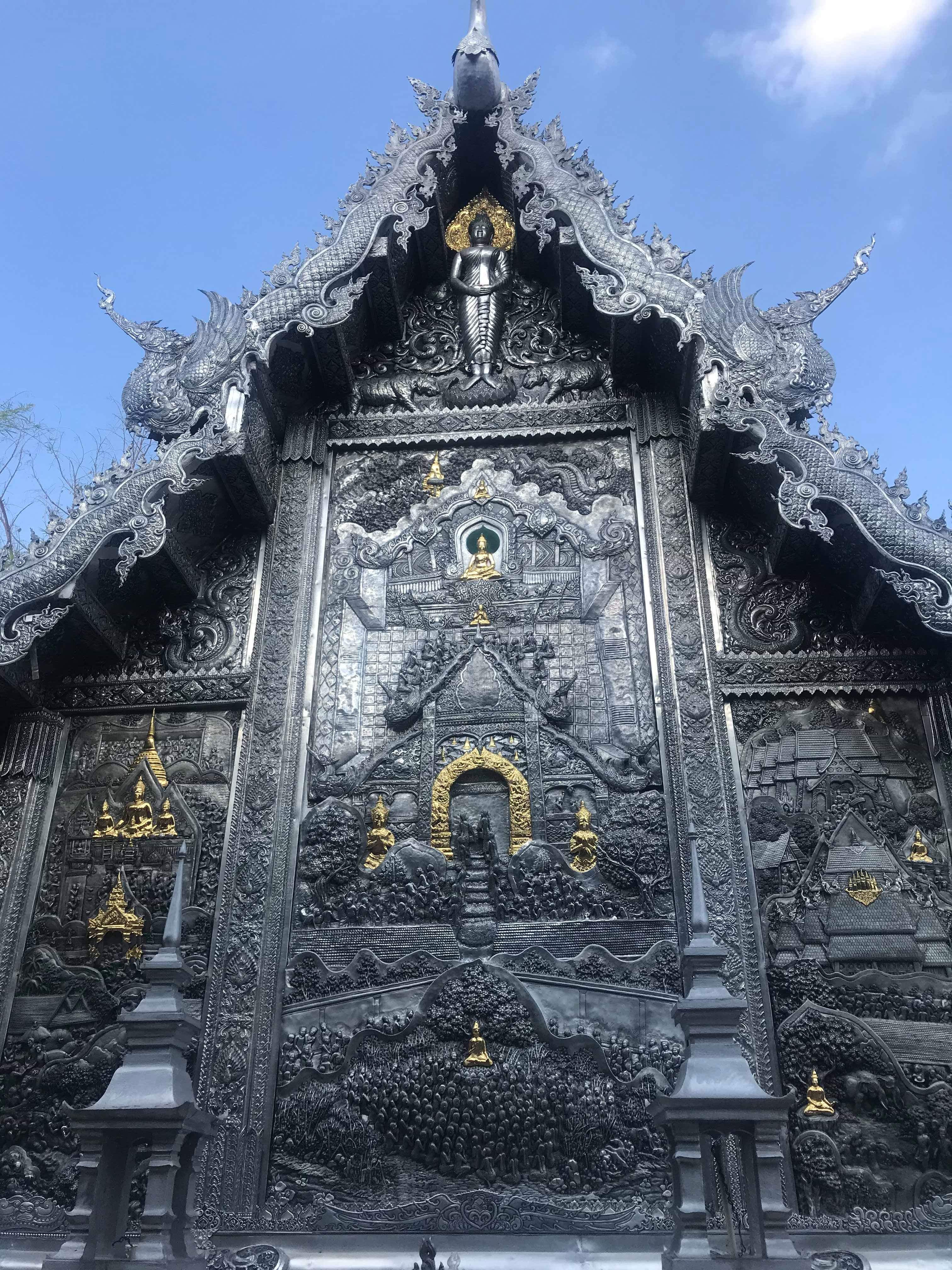